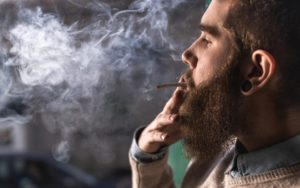 There’s a moment of life where I would always give out marijuana consumption etiquette tips, which people always found very informative. When I first became a cannabis consumer in the mid-90’s, the internet was readily available for me to query all of my marijuana questions. I had to learn the proper etiquette that goes along with being a responsible marijuana consumer the old fashioned way via friends, family, and often times embarrassing moments that included ridicule from more experienced consumers. You know how stoners are, always trying to look like an expert.

I came up with 20 tips for consuming cannabis. This of course is not the end-all-be-all list, so if you have something to add, please do so that others can learn from your knowledge and experience. 20 seemed like a good round number to stop at, but there are many, many more out there. In no particular order…:

A very classy move is to always give guests the first hit of a fresh bowl. This was one of the first things that I learned growing up from the old school smokers I knew, and they ingrained it into me that giving guest green hits is a true sign of respect.

This goes hand-in-hand with the last tip. If someone gives you greens, don’t run the full flame over the entire bowl. Every hit after that will taste burnt. Instead, put the lighter to the side of the nug, so that only part of the surface area of the nug showing burns. That way more than one person can get a good green hit.

If you are the host of the puff session, you should reload the bowls as the host. Of course, if you aren’t the one with the smoking device and/or weed, I suppose you could allocate that duty to the one or more people with the piece and weed. But that should lead to the obvious question of ‘Why are you the host if you don’t have weed and a piece to consume it out of?’ If you are the host, and have the dank and bong/pipe/etc., you should do the classy thing and load and reload the bowls.

4. Warn others when the bowl is almost toast – ‘there may be one more…’

No one likes the booty hit. Even newbies should be able to know when a bowl is nearing the end of its useful life. If you give someone the piece and they take a monster hit of ashed weed, they will likely not be happy about it, even if they don’t say anything. However, if you indemnify yourself with the phrase, ‘there may be one more, but I’m not sure’ then you put it on the person you are passing it to, and they can proceed at their own risk.

5. Always have a poker

There are few things as lame in the marijuana consumption world than a bowl that can’t be cleared because the cashed nug is stuck in the bowl. Or you get almost all of the ash out, but there is just enough left in the bowl to plug up the piece. The only way to fix that situation without a poker is to power hit it until it pulls through, which requires one or more people jumping on the grenade, which is never fun. Having a bobby pin, paper clip, or even a kabob stick helps. Pokers are not expensive at the headshop, and a really cool one can not only help out in times of need, but also serves as a great conversation piece.

This tip used to be virtually mandatory, with many people back in the day scoffing at you if you tried to hit it and start the rotation counter clockwise. Not as many people practice this stoner norm these days, but a lot of the veterans I know still do. And all the while singing the lyrics to “Pass the Dutchie,” of course.

8. Camping on a joint 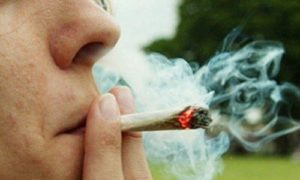 Building off of the last tip, don’t ‘camp’ on a joint. For those that are new to consuming marijuana, or are coming back from a long lay-off, this means when you hold the piece/joint/blunt in your hand, and babble on and on about something that obviously isn’t as important as consuming marijuana at that point in time. If you find yourself rambling, which I’m very, very guilty of doing often, just hit it real quick, then get on with your epic story. Well, until it’s your time to hit it again, at which point hurry up again!

9. Asking if it is OK to smoke in the house

You shouldn’t just assume that because someone is a consumer that it’s cool to smoke in their place. Some people don’t like smoke in their house, of any kind. Others may be OK with it, but have someone coming over soon that isn’t so out of respect they don’t want it to smell like smoke. There could be a number of reasons. Just always politely ask, and if you get the go ahead, have at it. But if not, you will be glad that you checked first, and so will the person who resides where you are at.

10. Dont smoke weed that is not yours 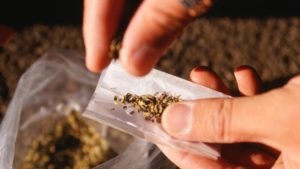 Obviously, never consume someone’s weed without their knowledge. We call that stealing in most scenarios. But even if you know the person, and you think they will be OK with it, it’s still best to wait and confirm, just on the off chance that they had some other plans for that weed. Maybe it’s not even theirs, at which point you will be putting them in a jam. I remember I once helped someone get some weed, it was sitting on my table until the end user got to my house, and my friend smoked part of it because he wrongly assumed it was mine. Had it been mine, it wouldn’t have been an issue, but it wasn’t mine, and it put me in a pinch.

No one likes a loud mouth. If you get really good marijuana for a great price, be happy with it, but don’t use it as an opportunity to win pissing contests at the bar that night. Like they say, loose lips sink ships, and even when they don’t, they make the person spouting off look like an idiot. Don’t be that idiot.

12. No smashing nugs on top of other nugs (always break your nug up)

There have been so many times that I’ve been consuming marijuana with people, just to be handed a pipe that would take lungs of steel to get a hit off of it. That’s because the bowl is too packed, and likely wasn’t emptied all the way before more marijuana was loaded on top of it. By the time you discover this you have already burnt some of the new marijuana without getting anything to inhale, and on top of the hassle of clearing the bowl, you have also wasted a perfectly good green hit.

I am guilty of this, and I have no excuse either. In the late 1990’s I met the late great Jack Herer, and bought a pipe from his booth. He explained to me, and made me even promise, that I would always keep my pieces clean. He stressed the importance of doing so because it ensured that my friends and I got the full flavor out of our hits. Don’t be like me, be like Jack Herer, and always clean your pieces!

There is a very racist phrase that some people use to describe this issue. I will not repeat it here because it makes me sick every time I hear it. If you don’t know what I’m talking about, great, you have been saved from a very hurtful phrase that has been used in years past in marijuana consumer circles. If you do know what I’m talking about, please never use this phrase. If you do around me, I assure you, that will be the end of our interaction. (Getting off soapbox) If you are hitting a joint or blunt or even a pipe, there is no need to make out with it. I get it, it’s dank, and you want to hit it like there was no tomorrow. Just make sure to curl your lips inward a bit so that it keeps the saliva off the marijuana while at the same time pumping the goodness into your lungs.

For those that don’t know what a ‘run’ on a joint is, when you smoke a joint, sometimes one side of the joint burns faster than the other side. There are a multitude of reasons why this occurs, but regardless, if you see this happening, try to fix it immediately. No one likes to be handed a joint that is fine on one side, and about to burn their finger on the other side. Plus it’s wasteful. Moisten up the side that is running, turn the joint in a way that the side that is not burning as fast is on top when you are holding the joint, and you should be good. Be aware, some runs are more problematic than others, so just do the best that you can.

16. Don’t leave smoke in the chamber

Before you hand a pipe, bubbler, bong or dab rig to someone else, make sure that you haven’t left any smoke in the chamber. By the time the other person goes to take a hit, that smoke will be stale, and that is awful to consume.

Every time I get sick I know it’s because someone else was sick that I was consuming with, and they didn’t want to say anything. I get that it’s no fun to consume by yourself, but it’s also not fun to be sick. If you are sick, let others know, and then they can proceed at their own risk. A really great thing to do is to keep a ‘sick pipe’ so that when you are feeling under the weather, you can just load a personal bowl and hit it while others around you have their group session. That way you are involved, but don’t infect others.

18. Pull bowls from the bottom of the nug and work your way upward

This is absolutely one of my pet peeves. When I get a glorious nug of the supers, I like to admire it for awhile. I always pull bowls from the bottom of the nug and work my way up, so that the tip of the bud stays intact as long as possible, and kind of serves as the grand finale of sorts. If you are loading bowls from other people’s buds, please pull from the bottom of the nug. I really don’t like it when I have a fantastic nug and someone rips the top off of it and I’m left with some beheaded looking nug. Of course, if you are loading form your own supply, by all means do as you please.

I have had friend and family members over the years convince someone to consume marijuana for the first time (or at least agree to facilitate it), just to get that person so high out of their mind that they have a bad experience and are turned off by marijuana for the rest of their lives. It always makes me sad, because those same people often consume other things that are more harmful than marijuana, but there’s no convincing them at that point because they had such a negative experience. If you are consuming marijuana with someone and it’s their first time, ease them into it. Make it enjoyable.

20. Return pipes with weed in it