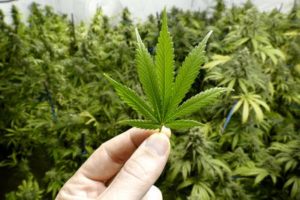 There is no such thing as a “complete list” of cannabis health benefits. Some states are listing as many as 40 health conditions that is worth treatment under medical marijuana legislation, but there is every sign that the list will continue to grow.

For instance, using cannabis seems to help lung problems as a pleasant alternative to tobacco smoking. It is often mentioned to reduce dependence on opioid addiction. And, some even suggest that marijuana use is good for those trying to wean themselves from alcohol.

In any case, a whole world of healthcare is opening to the promises found in treatment with THC, CBD, and/or cannabis-based pharmaceuticals.

So, here’s an attempt at a complete list of cannabis health benefits:

Nightmares: Chronic use can screw up your sleep patterns. But, for those suffering from PTSD, it appears that nabilone, a synthetic form of THC, will reduce the related nightmares. In one study, published in the CNS Neuroscience & Therapeutics Journal (Winter 2005), “The majority of patients (72%) receiving nabilone experienced either cessation of nightmares or a significant reduction in nightmare intensity. Subjective improvement in sleep time, the quality of sleep, and the reduction of daytime flashbacks and nightsweats were also noted by some patients.”

Parkinson’s: Patients with Parkinson’s Disease suffer constantly from spasms and tremors, symptoms that are obvious to all. But, patients also suffer chronic pain and sleeping difficulties. MedPage refers to research headed by Dr. Ruth Djaldetti at Tel Aviv University where “Overall, patients’ scores on the standard Unified Parkinson’s Disease Rating Scale (UPDRS) averaged 33 before they smoked cannabis in the laboratory and averaged 24 after 30 minutes (P<0.01.).” She also noted, “We saw a dramatic reduction in pain in our patients and in their ability to sleep. When their pain was reduced, they slept better.”

Auto-immune Conditions: Because it has anti-inflammatory powers, cannabis improves sleep and reduces the pain attached to inflammation in victims of auto-immune conditions like rheumatoid arthritis and Systemic Lupus Erythematosus. The United Patients Group reports, “Cannabis increases the levels of anti-inflammatory protein interleukin-10 and decreases the levels of pro-inflammatory protein interleukin-2. Cannabis has also been shown to suppress the immune system by activating myeloid-derived suppressor cells (MDSCs). MDSCs may help dampen the hyperactive immune system found in lupus.” And, it reduces the nausea and cramping associated with corticosteroids and other medications prescribed for Lupus.

Bowel Diseases: Ulcerative colitis and Crohn’s Disease cripple patients continuously with cramps, diarrhea, vomiting, and weight loss. As inflammatory bowel diseases, they benefit from marijuana’s anti-inflammatory qualities. It appears the cannabinoids reduce the permeability of the intestines to prevent the entrance of damaging bacteria. Research published in the Clinical Gastroenterology & Hepatology Journal (October 2013) concluded, “a short course (8 weeks) of THC-rich cannabis produced significant clinical, steroid-free benefits to 10 of 11 patients with active Crohn’s disease, compared with placebo, without side effects.”

Brain Damage: Patients afflicted with traumatic brain damage following concussions or stroke benefit from cannabis use. Cerebral Cortex (January 2015) published research on mice where the selective CB1 and CB2 receptor antagonists in cannabis. The researchers conjectured, “The endocannabinoid system (ECS) plays an important role in reparative mechanisms and inflammation under pathological situations by controlling some mechanisms that are shared with minocycline pathways.” NFL Commissioner Roger Goodell has said he would consider requests by players and their advocates to fund research into how the neuroprotective powers of marijuana might protect the brain.

At the same time, research on patients in England led by Dr. Tom England studied the response of stroke patients, and concluded “This meta-analysis of pre-clinical stroke studies provides valuable information on the existing, and importantly, missing data on the use of cannabinoids as a potential treatment for stroke patients.”

Glaucoma: People with glaucoma often seek relief in marijuana. Glaucoma comes from pressure on the eyeball that damages the optic nerve to the point of causing blindness, and it is the number one cause of blindness among African-Americas. The National Eye Institute, as early as the 1970s, reported, “marijuana, when smoked, lowered intraocular pressure (IOP) in people with normal pressure and those with glaucoma. To determine whether marijuana, or drugs derived from marijuana, might be effective as a glaucoma treatment, the National Eye Institute (NEI) supported research studies beginning in 1978. These studies demonstrated that some derivatives of marijuana transiently lowered IOP when administered orally, intravenously, or by smoking, but not when topically applied to the eye.” Still, they felt the results did not surpass existing pharmaceutical remedies.

Seizures: Cannabis and cannabis derivatives have proven effective in treatment of diseases that manifest as seizures and spasms, including epilepsy, Dravet’s Syndrome, and Leeuwenhoek’s Disease. Testing shows the THC binds with the brain cells responsible. In state’s still prohibiting medical marijuana use, some have passed legislation exempting care for refractory or recalcitrant epilepsy in children. THC also reduces symptoms of the rarer Dravet’s Syndrome with its painful seizures and cognitive developmental delays as well as Leeuwenhoek’s Disease, a myoclonus diaphragmatic flutter that causes painful nonstop spasms in the abdominal muscles that also interfere with breathing and speaking.

Cancer: Cancer patients often use marijuana to relieve nausea, sleeping disorders, loss of appetite, and chronic pain associated with cancer and with medical therapies like chemotherapy. But, some research indicates that the CBD in cannabis may just prevent the spread of cancer. Lab studies of breast cancer reported in the Journal of Molecular Cancer Therapeutics claim, “Cannabidiol stops cancer by turning off a gene called Id-1… Cancer cells make more copies of this gene than non-cancerous cells, and it helps them spread through the body. Other research indicating similar results is reported in the Cancer Metastasis Review (December 2011), Annals of Internal Medicine (December 1979), Oncogene (2008), The Journal of Immunology (March 2005), and more.

Depression: Marijuana treats symptoms of anxiety and depression. Certain strains successfully target psychological problems from mild anxiety to chronic clinical depression. Users can select or mix strains to get the effect they want. Increased or excessive dosing can also lead to hallucinations, paranoia, and panic. But, well-regulated and conscientiously used, it is very effective.

Multiple Sclerosis: The involuntary contractions that afflict Multiple Sclerosis victims are painful. drug eases the pain of multiple sclerosis. Marijuana reduces that pain and helps manage the spasms themselves. One study in CMAJ (May 2012) concluded “Smoked cannabis was superior to placebo in symptom and pain reduction in participants with treatment-resistant spasticity.”

Alzheimer’s Disease: Spreading with epidemic proportions, Alzheimer’s cripples millions every year. Little is known about its origins or mechanics, but amyloid plaque builds up in the brain killing its cells. Testing has shown that THC slows the development of the plaques and, thereby, slows the progressing brain damage.

The simple breadth of proven health benefits from cannabis and cannabis derivatives do not make it the “miracle drug.” But, it does justify authorizing and extending research into its efficacy. Patients seeking relief don’t really care if it is smoked, vape, topical, edible, or pharmaceutical; if they get relief they want to have access.